Sociedad Cooperativa Condado-Paradanta is a Galician agricultural cooperative founded in 1996 and located in As Neves, Pontevedra. Our creation is the result of a collective idea, the desire to market two products of our region, traditional and delicious at the same time, “Queixo de As Neves” and “Mel Condado-Paradanta” from our mountains, which until then, although widely known, were of scarce and heterogeneous production.

Our activity, therefore, focuses on the production of cheese popularly known as “Requeixo das Neves”and the extraction and packaging of honey, products with a long tradition in our province.

Today our team is led by Alejandro Martínez, president of the cooperative, who grew up watching his family making requeixo, as his grandfather used to go from fair to fair selling the product. Condado Paradanta employs three people who are responsible for the production of the product. They are Lucía González, Ángela Rodríguez (recently retired) and Thayree Iglesias who make requeixo in the traditional way, without adding new technology. We also have Fran Sotelino, gastronomic advisor of Condado Parandanta.

Our work has been recognised several times with different awards. In the Galician tastings, in the category of Multifloral Honeys, we have been recognised twice with bronze and silver distinctions. Third place in 2014 and second place in 2011. In addition, in 2013, we were also awarded by Cumes do Suido with the prize for Cooperation and Territorial Development, as an example of the use of natural and traditional resources in the area, under a cooperative system.

Condado Paradanta también es organizadora de la Feria de Requeixo e Mel de As Neves, una de las más importantes de su comunidad y galardonada como Fiesta de Interés Turístico de Galicia.Condado Paradanta is the organiser of the Requeixo e Mel Fair in As Neves, one of the most important in the region and awarded as a Festival of Tourist Interest in Galicia. Since 1991, every Good Friday, As Neves has welcomed thousands of food lovers who come to the Pontevedra town to enjoy this delicious product. 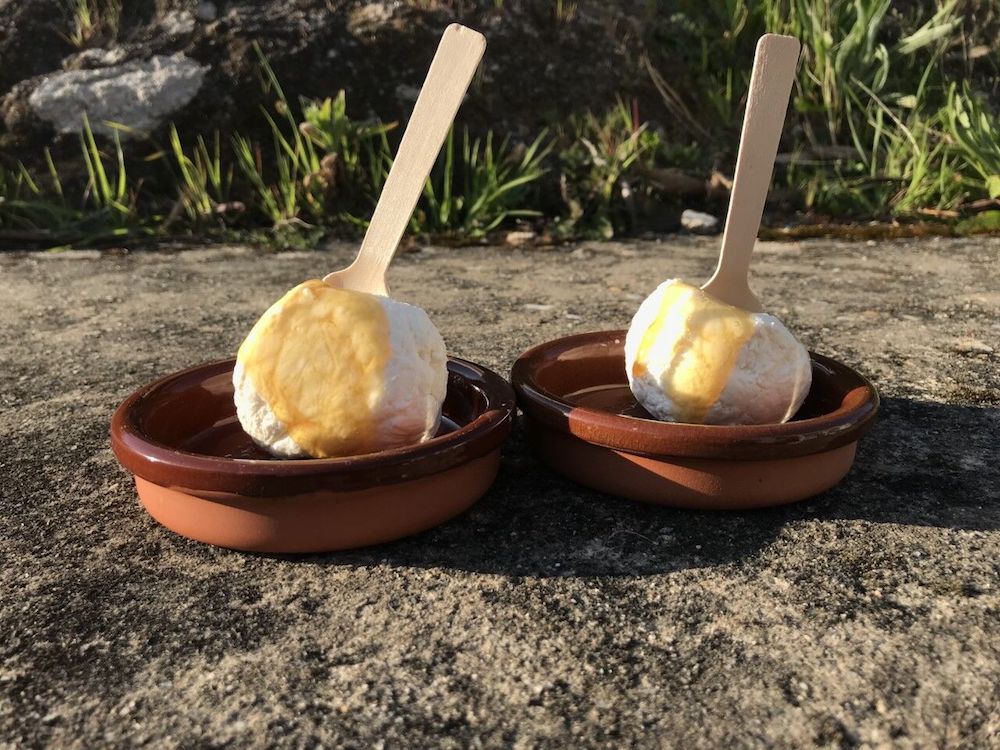 Requeixo and Honey made in the traditional way from inland Galicia

In conclusion to what has been said so far, the philosophy of this company is the search for quality within a process of continuous improvement, through a strategy of product differentiation, based on its characterisation, that is to say, for being a natural product(no stabilisers or preservatives), artisanal (most of the processes are manual), traditional (products produced since time immemorial) and healthy(its consumption is beneficial for health, Requeixo de As Neves in particular is suitable for diets for people with hypertension because it does not contain salt).